About The Diary of a Country Bumpkin

I am a retired actor, although to be honest I only retired because I wasn't getting any work and the option of becoming an unemployed actor/waiter at my age was ludicrous, especially as my waiting skills are non-existent. Having said I’m retired, I don’t think there really is such a thing as a retired actor for I am still available for work, I just don’t have an agent or any connections with regards to obtaining any worthwhile work. I have over the years done student films when there is nothing else available, always low paid (if at all) the only incentive was always the promised copy of the finished film for your show reel which nine times out of ten always failed to materialise. I spent many years looking after my aged mother who had dementia, hence the lack of acting work but shortly after her death I was lucky enough to run into an ex-girlfriend of many years ago and our romance blossomed once again, resulting in us getting married in 2013. My move to the countryside inspired me to write The Diary of a Country Bumpkin which tells of my continuing dilemmas in dealing with the rigors of the countryside from the unexpectedly large number of pollens, fungal moulds and hay products waiting to attack the unsuspecting townie. I enjoy writing, see my play Dulce Et Decorum Est Pro Patria Mori on The Wireless Theatre Company, The Plays Wot I Wrote and The Battle of Barking Creek both available on Amazon.co.uk and am very fond of classic cars so my ideal occupation would be acting in a film I had written set in the 1930s/40s, we live in hopes. I am delighted to say that since venturing to the countryside where space is not quite the premium it is in town, I have due to the availability of two double garages acquired more classic cars to form a small collection the pride of which are a 1947 Bentley Mk VI and a 2000 Bentley Arnage. My various blogs and websites are continually evolving and I’m sure that by following the appropriate links you will find something which will edify or amuse.

Set in 1947 The Case of the Grease Monkey’s Uncle tells the story of James Arbuthnott and Archibald Cluff, two recently demobbed soldiers and their first case for the Arbuthnott and Cluff Detective Agency. An unlikely pairing, James was the taller of the two, with wavy fair hair and a moustache to match, very much the Officer and Gentleman and although of Scottish descent he had no trace of an accent, educated at Eton he had that distinguished confident air that immediately says, good breeding whilst his colleague was shorter and an altogether rougher diamond with ginger hair, from the East End of London, it would be true to say that one was tall and good looking whilst the other was not so lucky in the looks department and was built like a brick out house. Their first case involves the mysterious disappearance of the Uncle of William Trubshaw and involves, criminality, murder, intrigue, heroism and occasionally downright stupidity. 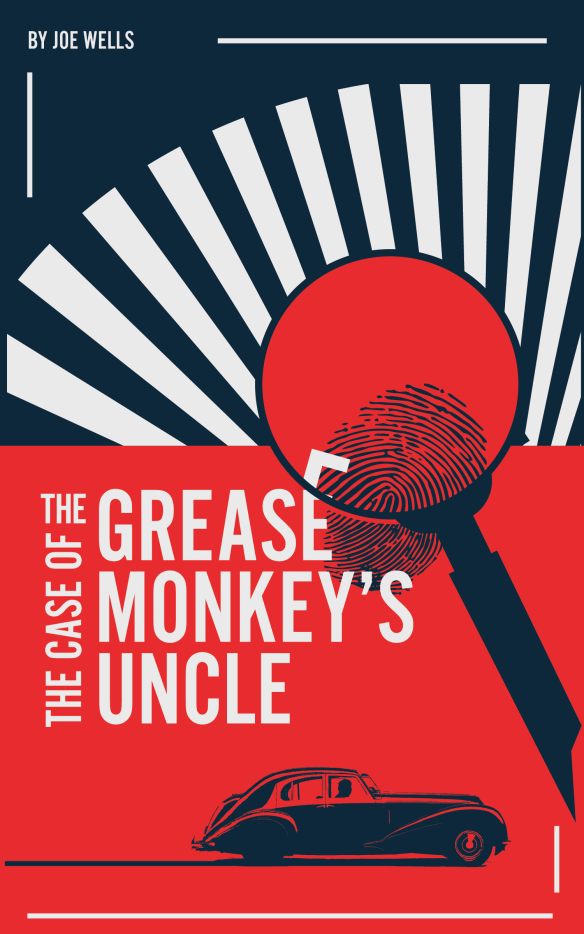 Another delightful children’s book by Joe Wells telling the story of the rather accident prone Tom’s dad, his exploits when trying to paint the house, to driving his car into the duck pond and an unfortunate episode when attempting to bell ring at the local church. Tom’s dad continues with losing his shorts at the school father’s running race and later being dragged by dogs when he helps with the dog walking. He suffers more accidents until he finally succeeds when he attacks an old tree with a chainsaw and produces a rather wonderful carving making his son very proud of him. This book is entertaining for children of 5 to 8 years of age, with wonderful illustrations for the children and a few jokes for the adults who may be reading to them. 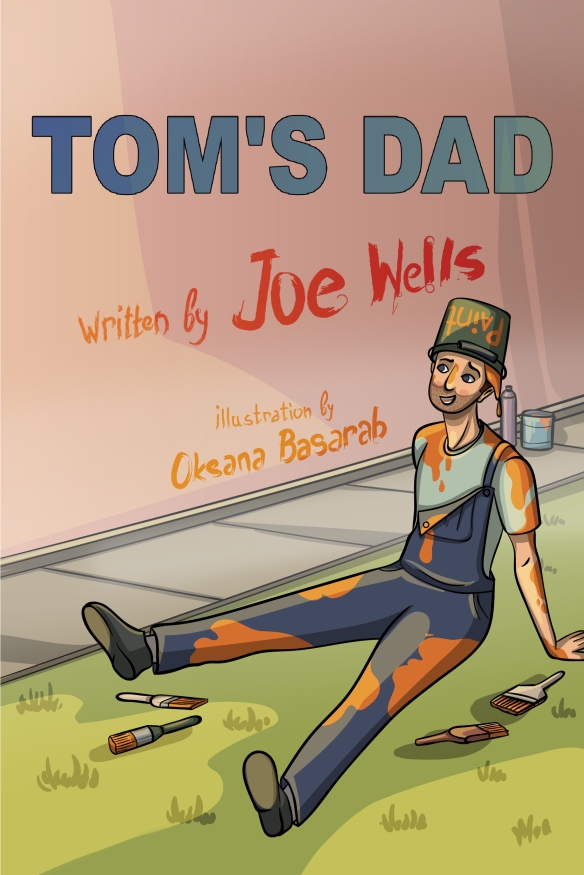 Another delightful children’s book by Joe Wells telling the story of the pirate Black Eye Bill and his son Norman who didn’t want to follow in his father’s footsteps and become a pirate. Norman was far better suited to being a florist like his friend Dorothy. This book is entertaining for children of 5 to 8 years of age, with wonderful illustrations for the children and a few jokes for the adults who may be reading to them. Available on Amazon. 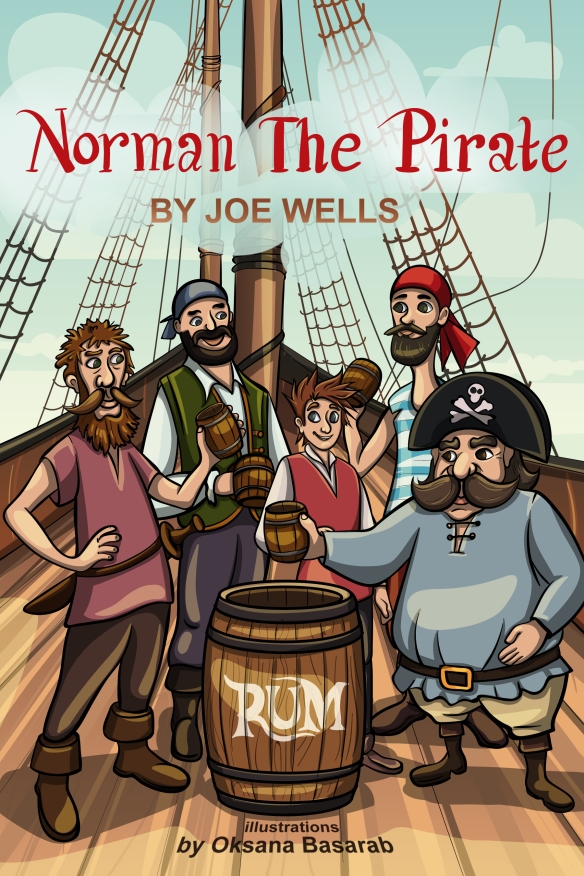 A wonderful story of triumph against adversity tells the story of Mole who against all the odds wins the 100 meters race in The Animal Olympics.

Fabulous illustrations on every page, this book will hold the imagination of any reader aged from 5 to 8 years old and is available on Amazon. 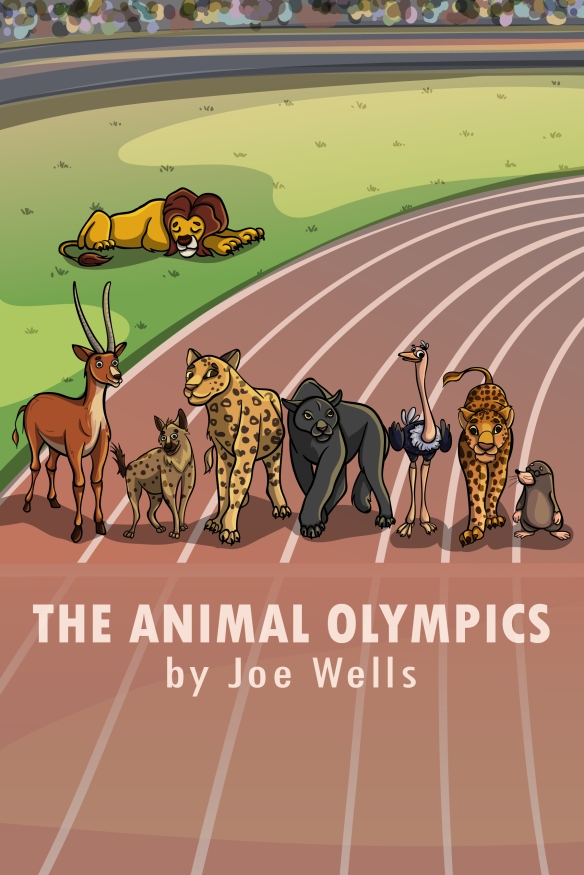 The Cows Yacht Race was inspired by my rather obscure sense on humour and tells the story of a herd of cows living on The Isle of Wight who whilst listening to the radio at milking time get the idea to enter the Cowes Yacht Race.

Against great opposition as cows have never before entered the race they finally triumph and become the first herd of cows to win the Cowes Yacht Race. 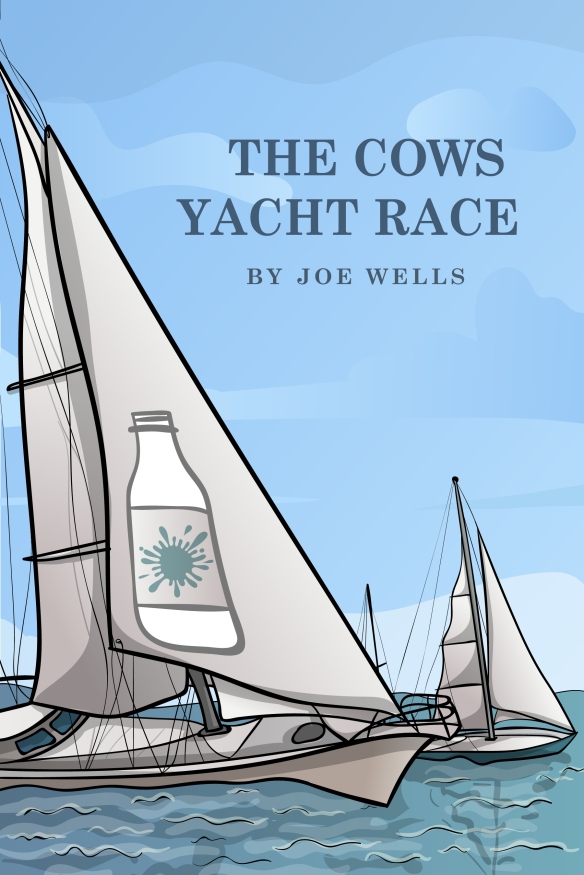 The second in the Nobby Brasso series tells of the birthday party held for the owner of Oldcastle United football club, Sir Billy Birkin.

A fabulous party where Nobby, Jacque, Nobby’s dad and the entire team pull together to put on a big bash birthday party which is a great success. 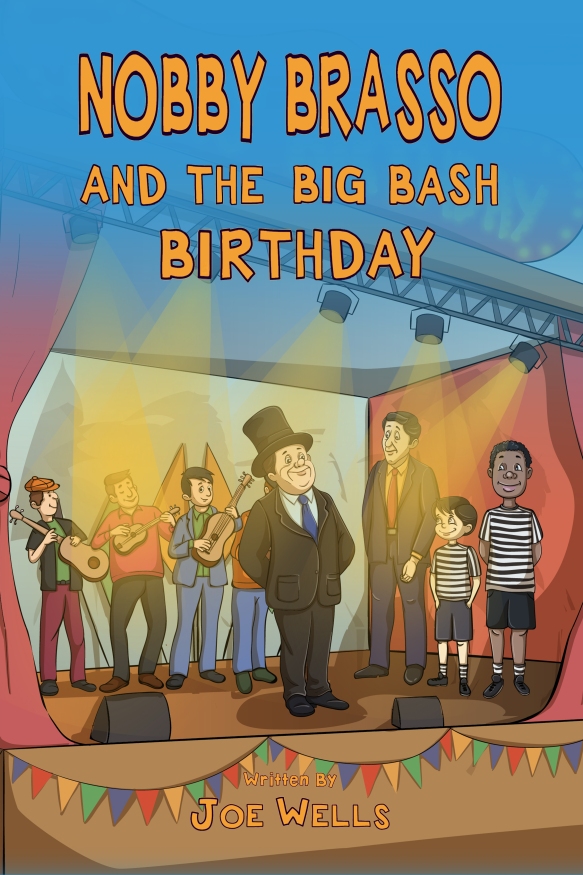 The story of a young schoolgirl picked for a journey into space on the space shuttle, during which she saves the life of one of the other astronauts.

Suitable for readers of 5 to 8 years old and available on Amazon. 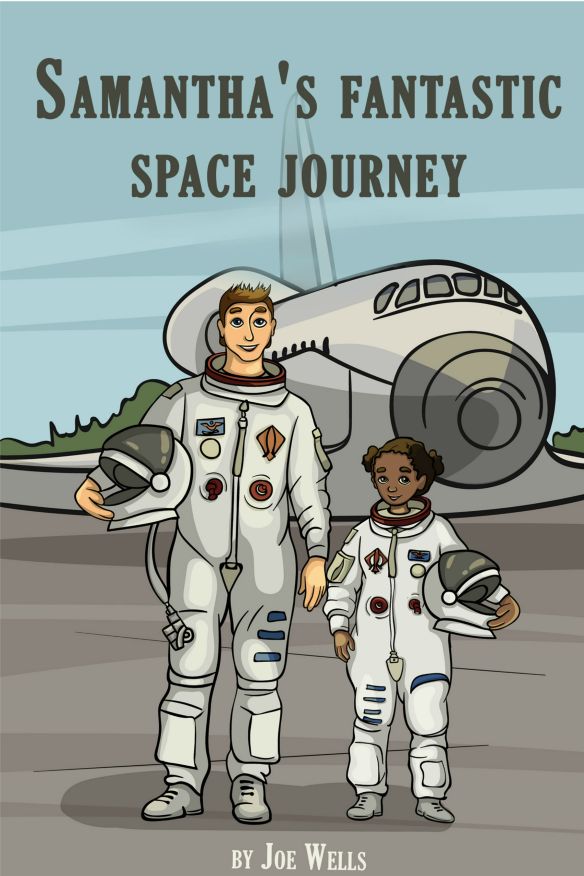 Inspired by a cat given to me some years ago, Oliver the cat who went to the top of the world is exactly what it says on the tin.

Oliver, together with his friend Charlie triumph by climbing the highest mountain in the world and receive medals from the Queen.

All my children’s books have morals and ethics and lessons for young readers for age 5 to 8 years old and are available on Amazon. 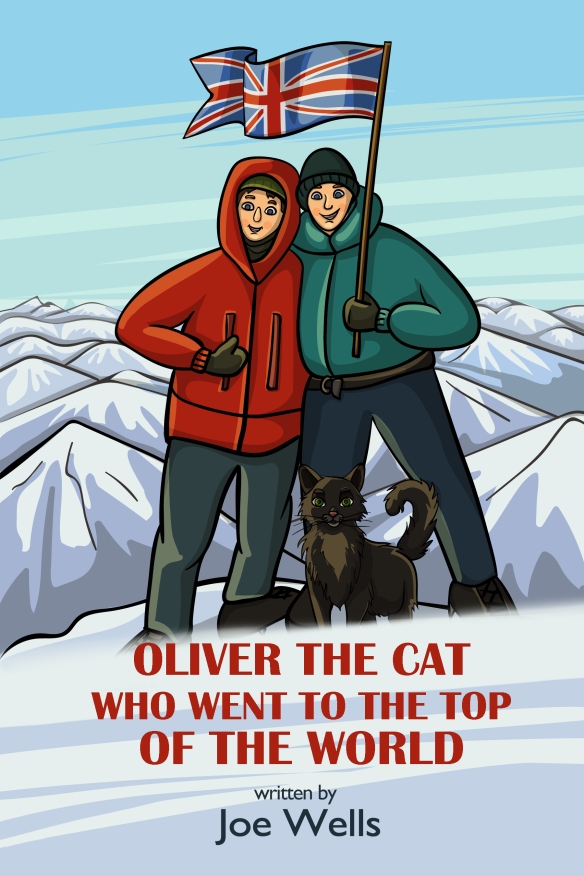 Written as a short radio play this true story of a friendly fire incident on day three of World War Two where two of our airmen were shot down resulting in the tragic death of one of them.

Details of the Courts Martial are still under Official Secrets, a fascinating story that deserves to be told as a full length feature film. 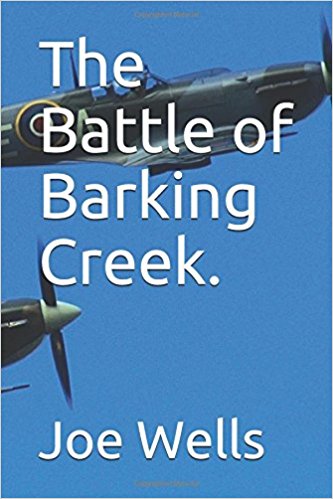 Nobby Brasso Football Star was my first children’s book to be published and tell the story of hardy northern folk who don’t have the need for a jacket, even in the depths of winter.

Nobby, together with the Oldcastle manager Brian Duff who requires far too much “medicine” from his flask and Jacque Frost  the latest sinning from France win the Cup Final. Suitable for readers aged 5 to 8 years old. 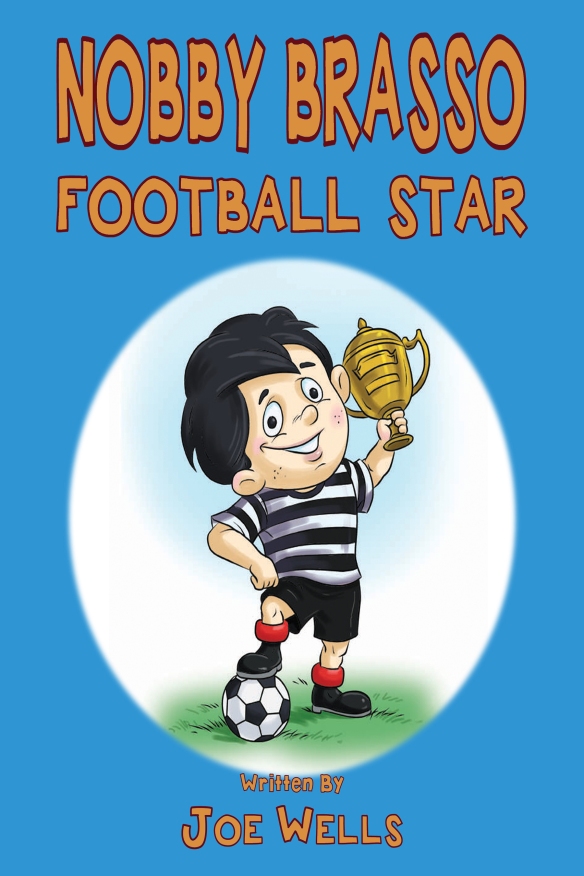